THE RESPONSIBLE TURFU 4: What if the energies were human? (1/3) 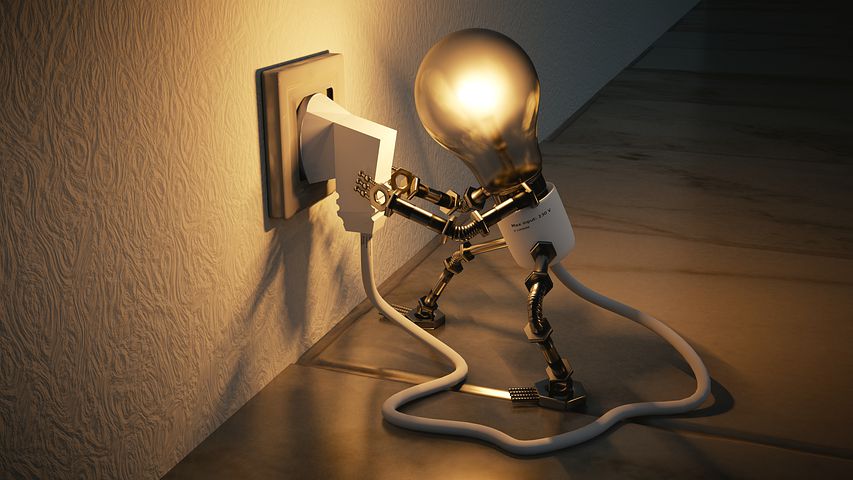 Between fossil fuels, energy crisis, renewable energies, greenwashing, promises of new energies to the carrot 4.0 to save the world, all in a more or less pronounced ignorance for each of what our way of life costs to the earth, it's a mess... Let's call Horatio of the Experts Miami to profile a little bit all the energies.

The most consumed source of energy in the world, oil is a liquid rock resulting from the decomposition of marine animals, which took several hundred million years to form. Its extraction peaked in 2006, which does not mean that there is no more, but that its extraction has been structurally decreasing since then. Oil reigns as godfather over the whole society: your tomatoes consumed this noon have traveled 700 miles thanks to oil, the jeans ordered this weekend were made from cotton grown in India, then shipped to factories to be made, colored and then delivered to you thanks to oil, the HD videos of little cats make you cry with laughter because data centers have been powered by oil (mainly). The godfather has ramifications everywhere, he holds the economy, the politics... He knows that if he falls, everyone falls. So he's always there, proud of himself for ripping off the whole company: largely responsible for the 800,000 annual deaths due to pollution in Europe, he laughs to see that no one is holding it against him while everyone is going up for a virus with a much lower track record.


2 . Coal or the serial killer

Coal is a fossil fuel produced by the transformation of plants in geological layers for hundreds of millions of years.

Coal has a lower calorific value than oil while releasing more CO2 for the same initial quantity. This makes it the greatest serial killer that the planet has ever known, and this since the 18th century when it claimed its first victims by propelling the industrial revolution. It is clear that this killer is able to pass under the radar of the police. In 2019, the world has financed 750 billion dollars for the development of coal. Coal is not finished yet. And hundreds of coal-fired power plants continue to be opened every year.


3 . Nuclear or the first in the class

A top of the class, it works in a white coat, it has quadruple-focus glasses, and it has red (not nuclear) pimples on its face. A good IQ doesn't always mean a good EQ. Hordes of scientists have found in nuclear splitting a way to produce large amounts of energy using abundant resources, and producing waste that can be managed without causing too many problems. Other hordes of scientists, with big egos, have seen nuclear power as a way to show other countries who's boss. The top of the class knows how to solve equations, he is not so good at teaching. He is in his world of being first in the class. This is how a BVA poll published in 2019 shows that a majority of French people think that nuclear power is one of the causes of global warming. Except that in reality, one kWh of nuclear power emits four times less CO2 than solar power... So you're telling me that CO2 is not the only thing in life: yes, but we'll talk about it again when the planet has reached plus two degrees...


4 . The Solar or the Mythomaniac

Then he arrives in the energy planet with great promises. Very beautiful. Too much?

And then I buy an electric car with a light heart and tell myself that I won't be responsible for global warming. At the same time, an all-black solar panel full of technology feeds the hopes of perpetual life-saving innovation.

In truth, yes, the resource being the sun, it is inexhaustible, except that it has to be transformed, and for that we need metals and rare earths, scattered throughout the earth's layers, and whose extraction process is long, complex, extremely consuming of energy, water and chemicals. So yes, during the life of a panel, it will not emit CO2 or other gases, but long before it is put into production it has been responsible for such a consumption of (fossil) energy that a kWh of solar energy emits 7 times more than the same kWh of wind or nuclear energy. However, this is still more than ten times less than the kWh of fuel oil or coal: solar energy started with a myth, but it has good advantages. In addition, it creates new jobs through investments linked to the development of this sector. Partially unmasked, the Solar mytho is still confidential in the world, and has even seen much less investment than the serial killer coal over the last ten years.

5 . Wind power or the new rich

The big star of so-called renewable energies, wind power has come to spread its fame in the fields, on the coasts, in the minds ... Like solar energy, it has a great asset: it sells, it turns the wheel, it makes electricity ... What finally love the windy days.

Like all newly rich, it is poorly represented, with only a few percent of the world's energy mix.

The newly rich have a status so quickly obtained that they are unstable, stuck between the image and the background... And yes, the wind doesn't always blow, neither at the same intensity nor in the same direction... And when it doesn't blow, it should be able to be stored, unless it is a simple complement to other energies. Once we've talked about wind, let's talk about the wind turbine as such. Comparing wind power to nuclear power considering the whole life cycle of a wind turbine and an EPR plant: it takes 10 times more concrete and 5 times more steel for a GWh of wind power than for the same GWh of nuclear power. Nuclear power will produce waste that wind power will not, but it is important to point out that concrete and steel are very energy intensive: metal extraction, transport to the plant, machining, transport to the assembly site, assembly.... And a wind turbine blade has a service life of about 10 years. The costs of dismantling and reprocessing are not insignificant.

The wind turbine remains less energy consuming than its photovoltaic buddy. Welcome Eol in the great cake of energy to goinfrer modern society.